What is Smoke Taint?

Smoke taint is made up of numerous compounds present in smoke that in simplistic terms enters the fruit/wine via the skin. The historical markers for smoke taint were generally Guaiacol and 4-Methylguaiacol. Guaiacol, however, is naturally present in some grape varieties, especially Syrah (8), and 4-methyl guaiacol is also present in wines aged in oak barrels, which complicates their use as markers for smoke taint potential. Latest research suggests other components being present including o-cresol, m-cresol, p-cresol, syringol, 4-methyl syringol, 4-ethylguaiacol and others (Hayakasa et. al. 2010, J. Agric. Food ; Parker et. al. 2012, J. Agric. Food). These compounds are now also monitored as additional indicators of smoke taint risk. It must be noted, however, that these markers do not necessarily indicate the extent of the problem but are used to identify a potential issue with the fruit. Often smoke taint is not detectable based on a sensory evaluation of crushed fruit.

Smoke taint compounds are bound to the glycosides within the juice via a glycosidic bond. During fermentation these bonds break as the glycosides are converted to their fermented by-products: ethanol, CO2, acetic acid etc. During this bond breakage, the smoke compounds are released into the wine resulting in an increase in smoke taint related volatiles, which are then easily identifiable via a sensory evaluation of the wine. Interestingly enough, if one was to take a measurement of the free guaicaol concentration before, during and after fermentation, one would see a steady rise in these levels. This was evident in 2009. These glycosides also continue to break down through hydrolysis at wine pH as the wine ages. This is one of the suggested reasons as to why the taint comes back when a wine is processed too soon for phenolic taint removal.

The levels of taint are typically much higher in red wines than in white wines. The evidence points to a concentration of the smoke compounds within the skin of the fruit. Since red wine requires extended skin contact, it is reasonable that these wines would see higher levels of taint.

How do I treat wine contaminated with Smoke Taint

It has been shown that membranes treatment in combination with adsorption is an effective means of dealing with smoke taint – see Fudge, A. L.; Ristic, R.; Wollan, D.; Wilkinson, K. L. (2011) Amelioration of smoke taint in wine by reverse osmosis and solid phase adsorption. Aust. J. Grape Wine Res. 17 (2): 41-48.

The experience gleaned from 2009 fires was phenomenal in dealing with the issue of smoke taint. At one facility, where over 500,000 gallons was treated in multiple lots of wine, approximately half of the wine treated showed no sign of smoke taint within one year of processing. The other half showed smoke taint at levels that were a lot lower than the original levels but were still detectable! There is also anecdotal evidence that indicates treatment is more affective later in a wines life. This might be due to a slow-down in glycoside breakdown as the wine ages. Theoretically at that point, the process of smoke taint removal would be more effective and limit the chance of a reoccurrence. There is no hard evidence to back this theory but it was definitely a trend when dealing with the 2008 harvest smoke taint issues. 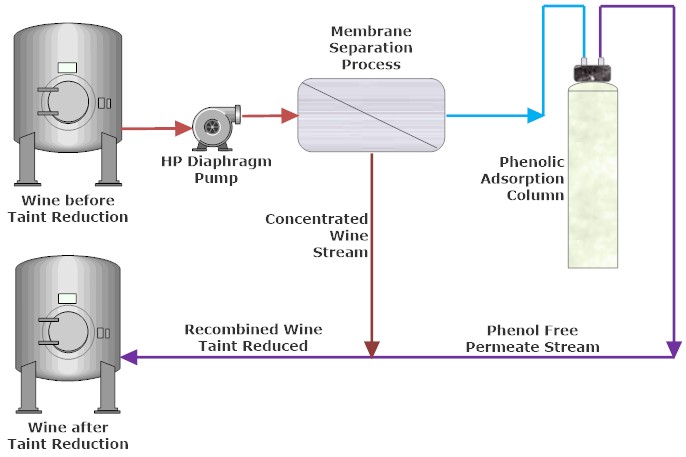 Smoke Taint Reduction at your facility

There are several methods of reducing smoke taint levels, with the most effective currently being membrane processing.  Some of these process have delivered hit and miss results, especially on taste.  They either strip the wine too much, or not enough leaving a residual effect.  VA Filtration’s method of smoke taint reduction has reduced the hit and miss factor dramatically by targeting aroma AND taste. Our process includes nanofiltration/adsorption followed by DETOX – a proprietary media based full flow system designed for reducing ashy back-pallet character.  The process has been used extensively in both the 2008 and 2017 wild fire events, with excellent results!

All our on-site equipment options are mobile.  We are able to treat lots as small as a single barrel up to large tanks.

The advantages of our smoke taint reduction technology are as follows:

The following are required on site for service purposes: 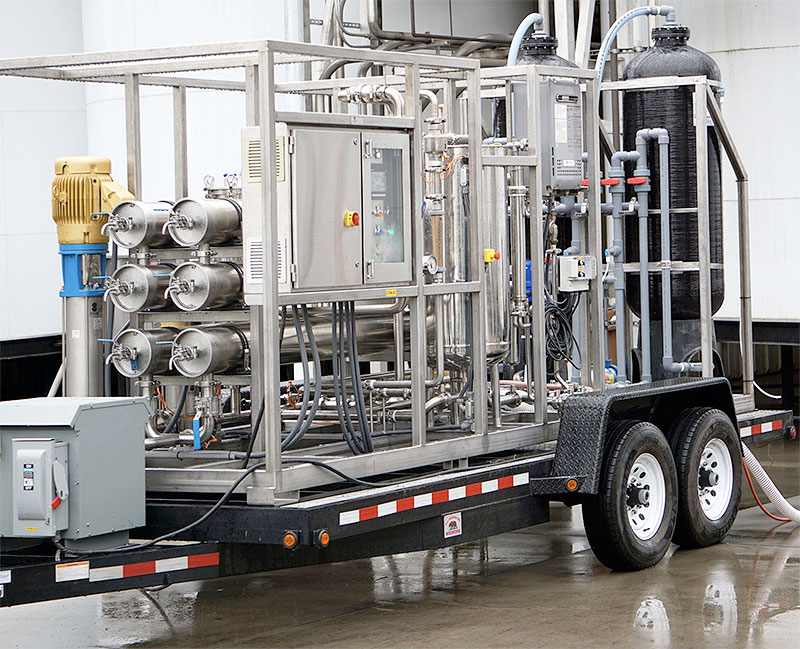 VA Filtration USA offers a standard range of machinery available to purchase designed for smoke taint reduction.  Not only is the equipment limited to Smoke Taint reduction, it is also able to run the following processes with the correct membrane installed: 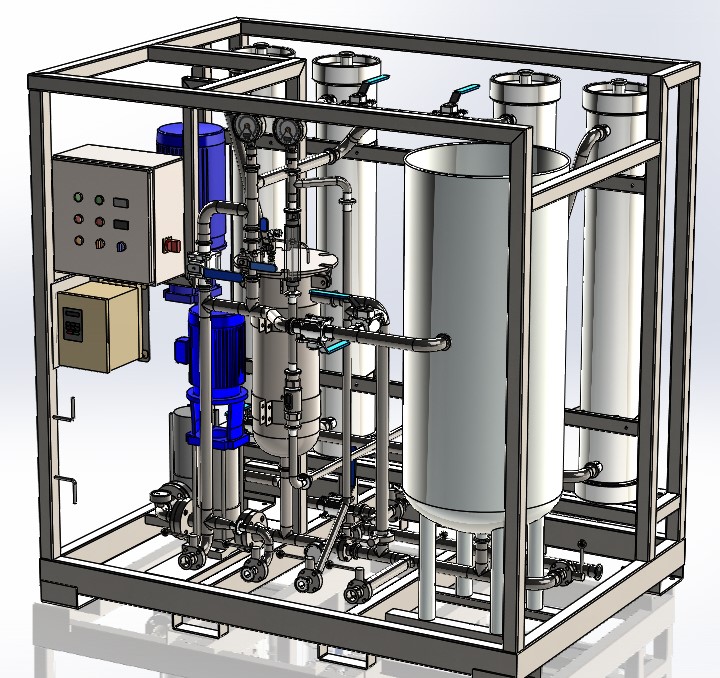 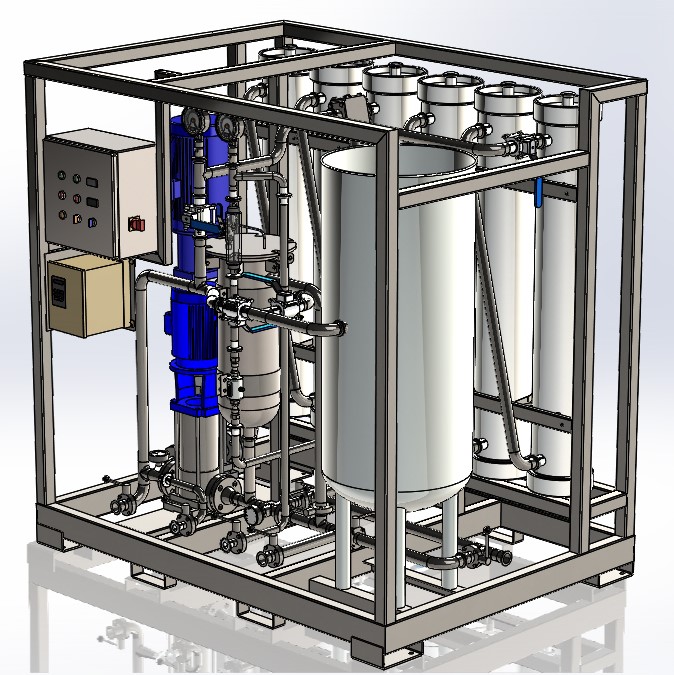 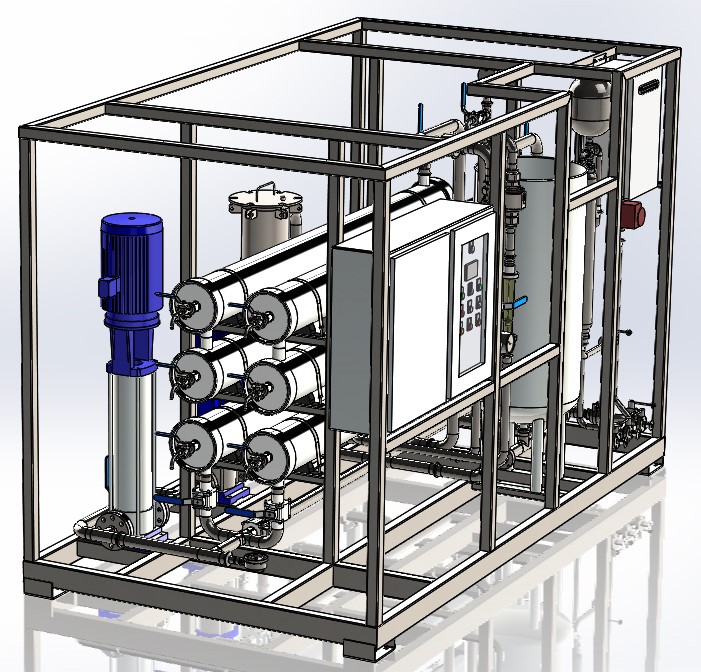 Can I rent the equipment to run smoke taint myself?

Yes.  We are able to rent/lease out equipment on a short term or long term basis.  We are also able to rent the necessary treatment columns to those whom already own machinery.

Note that the UF designated machinery is only available in limited quantities.